Foundation for of Social Contribution (formerly known as the Nippon Kenshokai Foundation) is a private incorporated body established in 1971. Its activities are funded by investment profits from a base fund of 2,500,000,000 yen, as well as donations from other foundations.

Its main activity is to publicize and make known the good works of those who have contributed to society. This is done to award them for their pains and efforts and largely unrecognized contributions to society, as well as to promote community service movements and the development of society as a whole.

Fields awarded now include emergency lifesaving, transportation and traffic safety, promotion of social welfare, education of young people, development of local societies, international cooperation, protection of the environment and conservation of the safety of the sea, etc.

Awards are given every year. Candidates are widely nominated from the general population. There are no limitations or conditions regarding age, job, sex, religion, residence, etc., for selection of candidates.

Main awardees are given five hundred thousand yen donated by The Nippon Foundation Prize, together with some token for the memory of the honor. Also, a book summarizing their achievements is prepared and distributed to libraries, etc., of all prefectures of Japan. 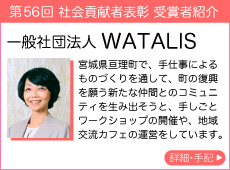 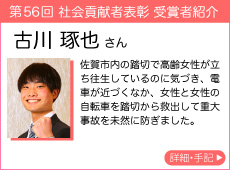 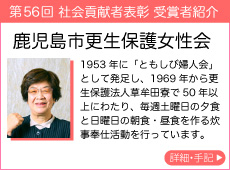